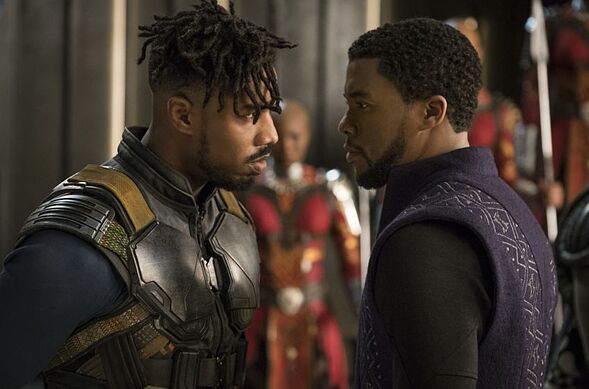 A list of the 50 Best Movies on Netflix right now including Star Wars: The Last Jedi, Marriage Story, The Irishman, and Black Panther.

Looking for a movie to watch this spring on Netflix? You came to the right place! We have shared a list of the 50 best movies on Netflix!

There are so many good movies to stream on Netflix, but the task of finding the perfect movie can be daunting. There are too many movies to choose from. With this list, you should be able to find something you haven’t seen before very easily.

We update this list every time a good movie is added to Netflix, and the most recently released movies on the streaming service are at the top of the list!

Marriage Story was added to Netflix on Friday, Dec. 6, 2019, after a month and change in theaters. It’s the second Netflix original film from Noah Baumbach following The Meyerowitz Storie, which is also on this list.

In Marriage Story, Charlie (Driver) and Nicole (Johansson) are struggling in their marriage. She’s on one coast for work, while he’s on the other for work, and they have a son caught in between. The film follows their divorce, custody battle, and how they move on.

This film has a stellar cast. It’s not very often Netflix puts together a talented cast like this one with Dern, Wever, Liotta and Hagerty in supporting roles. Johansson and Driver are also incredible in this movie. I wouldn’t be surprised to see many members of the cast be nominated for Oscars.

Next: The Irishman
Next1 of 50Prev post
Use your ← → (arrows) to browse
Event Tickets
Powered by StubHub
Top Stories