Paranormal is coming to Netflix tonight by Renee Hansen
Stranger Things: The science of the Upside Down and monsters by D.J. Rivera

There are a lot of reasons that Netflix subscribers love Stranger Things. Whether it’s the enthralling story, Eleven’s mind-bending powers, or the smorgasbord of nostalgia found in every episode, the series is one of the most-watched and talked about on the popular streaming service.

But of all the things that stand out as the definitive reason that Stranger Things stands out among the competition eclipses all imitators is without a shadow of a doubt the monster that started it all. The Upside Down monster, the Demogorgon, has been a menacing presence in all three seasons, and every time the other-dimensional being shows up on the screen, the end result is usually a nightmare-inducing affair.

The only thing scarier than a pack of Demodogs chasing a crowd of Stranger Things fans at lunchtime is trying to figure out the creature’s greatest hits. There are many encounters to choose from as the best of the best but doing so is no easy task.

After thoroughly rewatching every installment with the sole purpose of documenting the movements and lifestyles of the Upside Down indigenous beast, it can be confidently stated in either reality that these are the five best Demororgon moments in all of Stranger Things.

The first season of Stranger Things has plenty of memorable moments in the Demorgogon legacy. From the captivating opening moments of the premiere to the front row seat Netflix subscribers received for the Barb buffet, the monster made its presence known early on. But it managed to save the best for last as the two defining moments of the creature’s debut run occur in the final episode “The Upside Down.” The first being the trap that Nancy and Jonathon set at the Byers residence, which Steve ends up crashing, giving birth to the series signature bashing device, the infamous bat with nails. 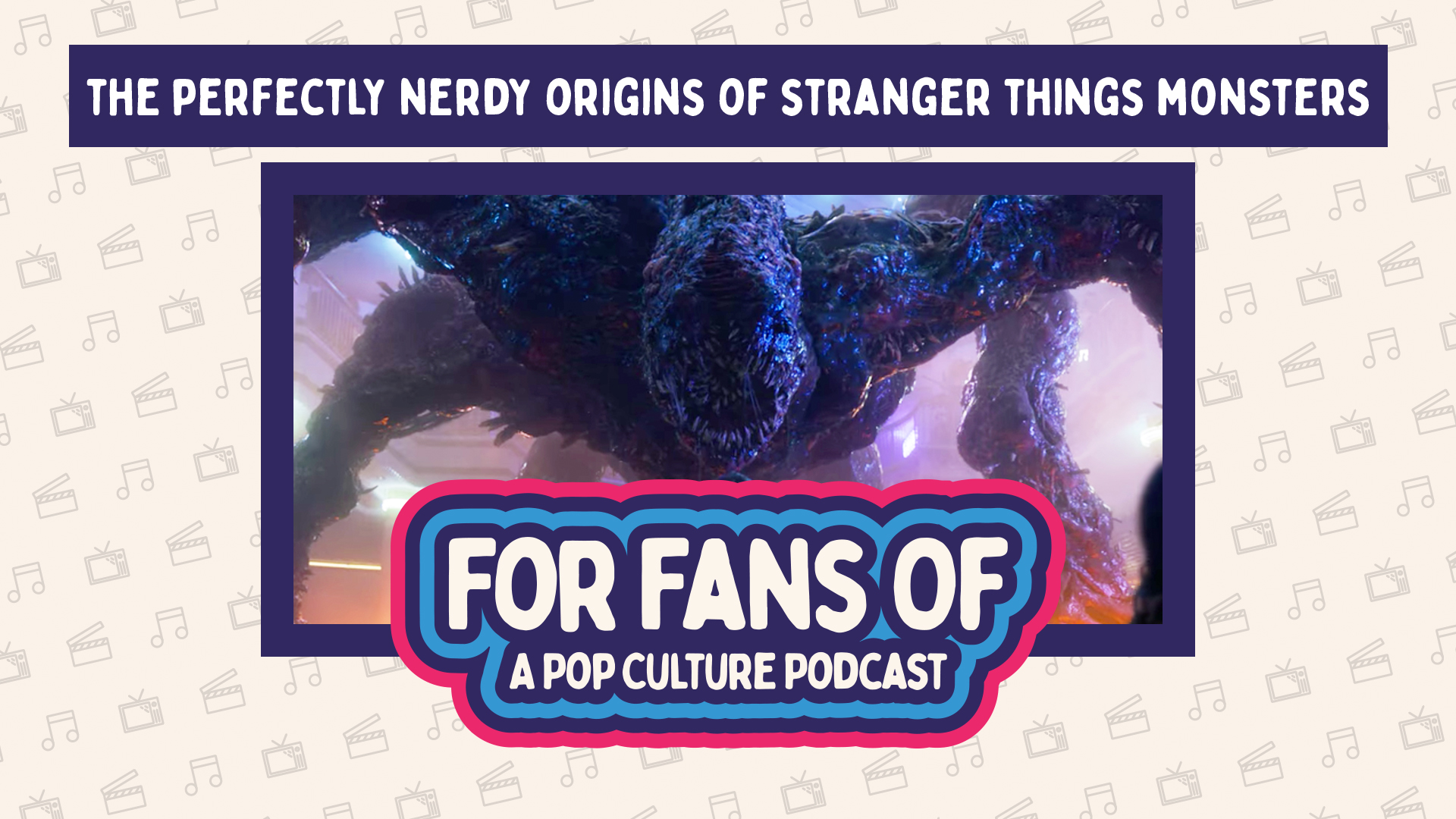 This pitch-perfect sequence of suspension and rising tension starts off with the ominous blinking lights announcing the Demorgorn’s pending arrival, and when it finally does strike its all-out mayhem from there. Whether Nancy is doing her best to fill the beast with lead or Steve swinging away like he’s Joaquin Phoenix at the end of Signs, every second is pure Stranger Things greatness culminating in a blaze of glory with Jonathon lighting the other-dimensional being on fire. Not only was this a well-crafted sequence, but it also showcased the Demorgogon’s strength as it survived the fiery affair leading to its next most valuable moment.

2. The wall-busting explosive Eleven farewell (Season 1, Episode 8: “The Upside Down”)

All good things must come to an end, which was very true for the Demorgorgon’s stellar debut run in season one of Stranger Things. The Upside Down creature went out like a champion, brutally taking out several of Brenner’s inferior personnel before ultimately biting the dust in the end. Netflix subscribers knew at some point before the credits rolled on the season finale that there would have to be a showdown with the Eggo loving orphan with Carrie-esque powers, otherwise known as Eleven. But nobody could have ever imagined how incredibly explosive the entire ordeal ended up being.

Eleven decides that enough is enough and takes on the faceless beast completely on her own. Dustin and Lucas are scared stiff, and Mike’s attempt to stop her from potentially sacrificing herself to save the day is thwarted when he is tossed aside like a ragdoll by his new companion. With her powers aimed directly at the Demogorgon, freezing it in place before she blows up the creature leaving very little behind. This was a fitting end for the game-changing Stranger Things monster, and every second was a chillingly effective and pulse-pounding ordeal. Unfortunately, Eleven also disappears in the process, which at the time left her fate up in the air until season two kicked off, and she made her big comeback. But she wasn’t the only thing that returned for the Upside Down for the highly anticipated second outing of the Netflix original series.

A lot of Netflix subscribers understandably saw several homages in the first season of Stranger Things, influenced by the classic feature The Goonies. So when it was announced that Seans Astin joined the cast for the sequel season, fans were more than excited for this stellar addition to an already impressive lineup of talented individuals. While he quickly rose the ranks of fan-favorites of the franchise, his untimely departure was a sad affair from everyone watching but at the same time ended up being another epic track off the Demogorgon’s greatest hits album.

After showing everyone whop ever made fun of his intelligence his entire life wrong by using his brain to help Joyce and the others escape, he is rewarded for his valiant efforts by being eaten alive by a pack of Demodogs, which are really just baby Demogorgons. Astin, who also starred in three Lord of the Rings, has never been more badass than he was in Stranger Things, and while his death proves to be a top plays-esque moment for the dangerous monster, it did provide one final reminder of the hero he really was. For it will always be remembered that he went out a champion, and in the end, it took a pack of Demodogs to take down the great and powerful Bob the Brain. This iconic moment from the Netflix original series is equally rewarding for both the Radioshack warrior and the Upside Down menace.

Dustin and his pet Demogorgon Dart had some heartfelt adventures before the growing Demodog feasted upon the feline Mews. After Slapshotting him into the storage shed and trying to trap him at the junkyard, it seemed like both Dustin and Netflix subscribers had seen the last of the four-legged Upside Down indigenous beast. But that was certainly not the case as the final moments of the season 2 final had Dustin, Steve, Lucas, and Max make their way through the underground tunnel system created by the Shadow Monster aka The Mind Flayer; they run into the carnivorous creature, and for a moment all hope seems lost for a solid chunk of the Stranger Things main cast.

Before Dart gets to make a meal out of Steve and the rest of the party members, Dennis remembers a certain chocolate treat that may very well be the thing that saves them from a brutal demise. And sure enough, when Dustin lays out the fluffy whipped chocolate nougat that is notoriously found in the classic Three Musketeers candy bar, Dart just can’t resist taking a break from his vicious flesh-eating practices for the privilege of the savory candy bar. As he enjoys his delicious dish, Dustin looks back, realizing something every Netflix subscriber also came to understand. Despite the fact that Demogorgons have only shown signs of being a dangerous predator, there was living proof that there is some good in these creatures given the right personnel and circumstances, making it worthy of a top Demorogon moment and possibly a place in the Stranger Things Hall of Fame.

Stranger Things has gotten better every season, with its third installment being the best Netflix subscribers have seen so far. But the one thing the latest iteration was missing was the dreaded Demogorgon. With only a mention of the creature at the sight of a cage that looks like it could hold one, they were absent the entire endeavor to leave room for The Mind Flayer to make a name for itself as the ultimate villain of the franchise. Thankfully there was some clarity on why that Demorgorgon-sized cage was underneath Starcorut mall in the Russian made base when the post-credit scene took fans to Russia for a shocking revelation that turned out to be the perfect way to end the season.

Netflix subscribers are shown a facility with men being held, prisoner. As guards go to acquire one, they skip the American, who many believe to be Hopper surviving the explosion that closed the gateway. Leaving the Yankee’s identity in the cell unknown, they grab another poor soul and bring him to a feeding area where a door is opened, indicating something will soon come out to eat the very terrified prisoner. Emerging from the darkness is what some suspect could very well be a trained Demogorgon that the Russians have somehow captured and are feeding humans in order to keep them contained. This reveal will undoubtedly have drastic effects on the fourth season and, most assuredly, is one of the best moments the Stranger Things creature has ever been featured in so far.