American Hangman starts out as a gritty, basement thriller, but quickly turns political. Should you be adding it to your list of movies to watch or skipping it?

Netflix has released 52 films already in 2019 and, like you, there are those that I have missed along the way. I recently happened upon American Hangman in my search for something to watch this week. I hadn’t previously seen the movie though it appears to have been released in January. The description seemed interesting and the runtime was short so I gave it a chance and now I’m here to help you decide if you should do the same.

The setup is simple enough and it sounds like the description for an episode of Black Mirror. It could definitely fit within the parameters of the show and can be compared to one of my favorite episodes, “Most Hated in the Nation.” A mystery man kidnaps two men and holds them hostage in his basement. He is streaming the whole thing live as he puts one of the men on trial, allowing the audience to be the jury.

Of course, the most interesting thing to find out is why these men are taken and what the trial is about. He allows the men to try to figure it out at first while we wait to learn along with them. It eventually becomes clear and completely changes the movie when it does. A movie that begins like a typical basement captor thriller becomes a political one and touches on a lot of societal and criminal justice system ills.

I really can’t go much further on the story without ruining the surprises, even though most of the reveals aren’t as dramatic as they could have been. 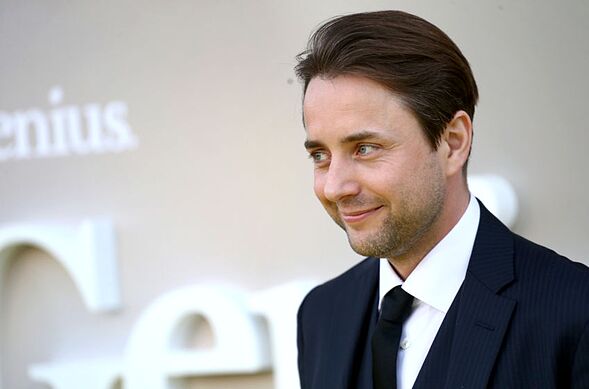 Grounded in the real world

I may be in the minority but in movies like this I prefer them to be somewhat grounded in reality and American Hangman definitely was. It starts with the way the captive men communicate. The older man seems more relaxed and is spending his time trying to figure out the young man who has taken them while the younger guy is anxious, making references to the Saw movies and talking way too much. I appreciate when the people in these situations act like actual people.

This also extended to the people not in the basement. The way disturbing content is absorbed daily on the internet makes it very believable that people would not only tune in for a live stream like this but would actively participate in the vote. The way the media and the police react to the way the situation is unfolding is also realistic. No one scenario is exaggerated for effect because the system itself is the issue being discussed. By exaggerating one or more of these features the movie would take away from its message.

While there isn’t anyone that you would call an A-list celebrity involved, there are many recognizable faces. Our key captive is played by Donald Sutherland (The Hunger Games) and the perpetrator is played by Vincent Kartheiser (Mad Men). There are a few other recognizable faces but I can’t name many without spoiling anything.

Regardless, the strength of the cast definitely helps keep the movie afloat as the action dies down a bit after the reason for the kidnapping comes to light. It becomes more conversational and less intense while the police attempt to figure out who our kidnapper is.

Finally, the last key to why American Hangman worked for me is the tension. There is no wasted time during the movie. It opens on our hostages being dragged into the room where they’re being held and the man who has taken them isn’t saying much. The first 15 minutes are very intense as we try to figure out, along with the hostages, what our guy is capable of.  Even after we figure it out and he lays out his rules, who is to say he’s going to stick to them?

To avoid the movie taking place completely in a basement we often cut away to a few other locations. The main two being the news studio and the police department. The police are attempting to find the man to stop the execution and the news, of course, is looking to break the story and uncover who he might be. This helps the pacing but also adds to the ticking clock factor as we watch people in different areas rushing to try to get things done in time to save the hostages.

This is a political thriller. The entire point of the movie is to make a statement about the criminal justice system and definitely about the death penalty. The judicial system and the police are also touched on because there were mistakes made at every step of the process that led to the situation at hand.

Reviews for this one are currently mixed on Rotten Tomatoes but if you like political thrillers and don’t need a ton of flashy action, you’ll enjoy this one. For me at least, American Hangman lands just barely makes the cut as a movie to watch on Netflix. Save it for a rainy day.