The Voice season 13 battle rounds started off loud. This week, we witnessed a lot of growls, belts, and dramatic runs as contestants fought for a spot in the Knockout rounds. These opening battles definitely felt like true, all-or-nothing battles where many contestants tried to oversing each other.

That is understandable, but I hope that the future battles will feature more true duets where both artists sing with respect and care for the other vocalist as opposed to tearing each other down. Interestingly, the show producers also montaged some of the most hyped blind audition vocalists, like gay ex-NFL player Esera Tuaolo and YouTube sensation Dave Crosby.

So who won a ticket to The Knockouts? Who got stolen? Who went home? Keep reading to find out!

Team J-Hud came out swinging during this week’s battle rounds. There were a lot of diva ballads, and the contestants got advice from Destiny’s Child very own diva queen Kelly Rowland. Kelly made a point to encourage the contestants to not oversing each other. It was prudent advice, I think, that was not entirely taken to heart. Still, these battles made for rousing entertainment. Two of my favorites, Chris and Davon, survived the battle rounds. This may mean, however, that two of J-Hud’s biggest voices will come face to face during the Knockout rounds.

These two powerhouse vocalists on J-Hud’s team earned a standing ovation from the coaches with their overpowering rendition of “My Prerogative.”  Meagan quickly emerged as one of my favorites when she gave a velvety rendition of The Weeknd’s “Can’t Feel My Face.”

On the other hand, Lucas embodies what this show is supposed to be about, the voice as opposed to the look. That said, I think Lucas’ voice and stage presence really stood out in this performance. Despite Kelly Rowland’s prudent advice to both artists about pulling back, I don’t think Lucas pulled back at all. Although I love Meagan’s tone, Lucas had the louder voice and stage presence. Will his hyperbolic theatrics pull him to the lives? I’m not sure.

I didn’t think Kathrina would have a chance against Chris, who was the season show opener. Chris and Kathrina definitely came in with crazy energy, belting Ariana Grande’s radio hit like nobody’s business. Both of them can sing, but the performance felt off and didn’t have the sultry personality of the original. It felt like a sing-off, and there were a few pitchy moments. Kathrina exhibited a little bit more finesse, but I think that Chris’ gorgeous tone was undeniable. J-Hud ultimately went with Chris, but Blake saw something in Kathrina and came in generously for a steal.

Maharasyi looked gorgeous in her puffy yellow dress while rocking out with Davon to this Whitney Houston song. Still, the writing was on the wall for her once Davon sang the first note. His fluttery voice was effortless and smooth. Maharasyi has a strong, solid voice with an impressive lower register, but it didn’t exude the passion that I felt from Davon. Still, I think she deserved a steal. This was one of the most energetic and exciting duets of the night.

“What I can say that I loved most about the performance was the entertainment factor itself. I loved how y’all used the stage and how comfortable you were with such a big song,” Miley beamed.

Next: Team Miley Rocks Out to Women Anthems 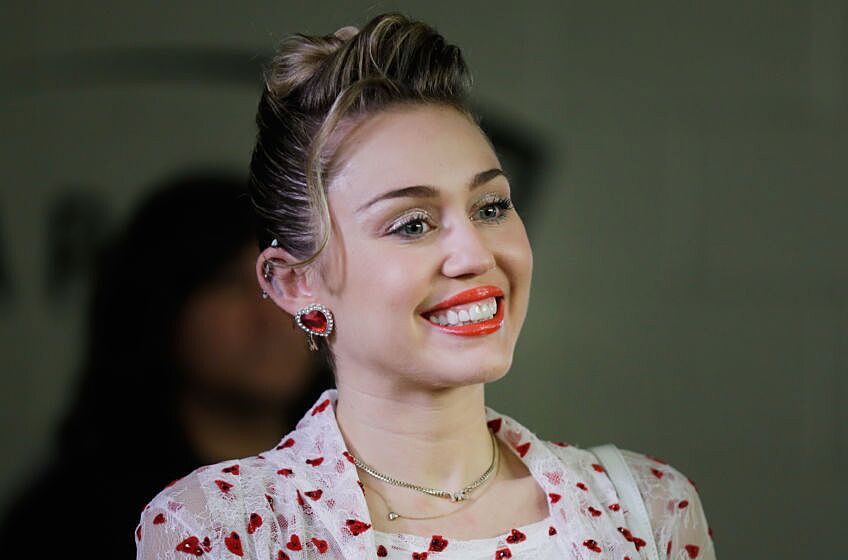 Miley went for girl-power rock classics this week, with picks like Tom Petty’s “American Woman” and Bob Dylan’s “You’re a Big Girl Now.” I enjoyed the two featured battles on her team this week, though I’m more excited to see her non-powerhouse vocalists (like Addison Agen and Karli Webster) perform next week. Her father Billy Ray Cyrus also made for an understanding, intuitive advisor whose experiences in music allowed him to read the contestants quite impressively.

The Voice loves to remind us that Moriah Formica is only 16-years-old. The hype does match up to her talent. Raised on hair metal, this girl can sing, and she has the rock confidence to match. Billy Ray Cyrus instinctively discerned that Moriah felt more comfortable with her guitar. Her performance opened up a lot when she shredded her guitar. Her partner, Shilo, did seem a little intimidated. Shilo’s raspy, growly voice sounded a little throaty in her blind audition, and I think this rock song suited her voice much more. But she came off as a little theatrical and histrionic in her performance, as opposed to centered and focused like Moriah was. I think Miley detected that and went with Moriah in the end.

“Moriah, I get nervous to be around you, ‘cause you’re like a rock goddess. But you’re just great as a singer, without attaching your age or your gender or anything to you,” Miley praised.

To be honest, I love Bob Dylan covers more than I love Bob Dylan originals. With Bob Dylan though, there’s a degree to which you need to stay true to the sincerity and message of the song. In this Team Miley battle, Brooke’s controlled, warm voice conveyed the tenderness of the song more genuinely. Sophia over-embellished the song, and it came off as a tad inauthentic.

Montaged: Chloe Kohanski battles Ilianna Viramontes on “I Am Woman”

Next: Team Blake Jams Out 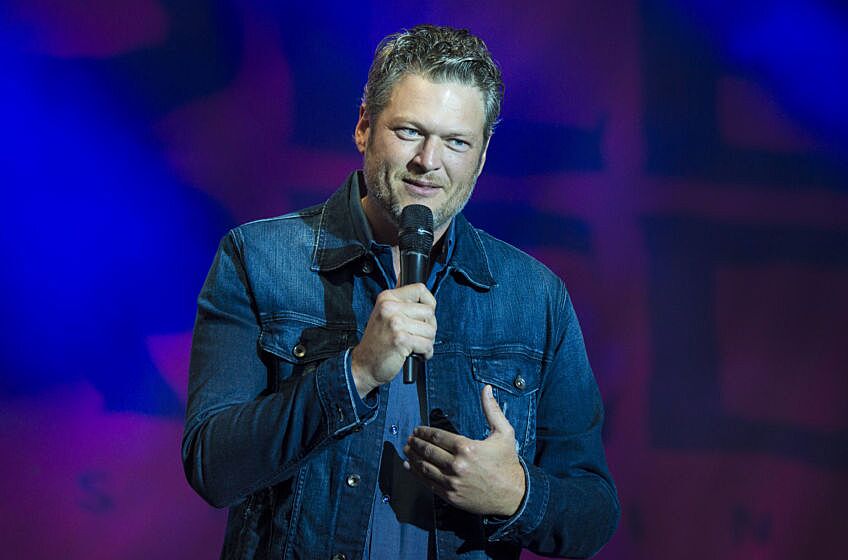 To my surprise, my favorite battle round performances came from Blake Shelton’s team this week. The duets on Blake’s team felt the most authentic and subtle. The contestants seemed to understand their battle partners and focused more on creating a good performance rather than out-singing each other. Rascal Flatts advised Team Blake for the battles and surely their presence was a gift to Blake’s country-packed team.

Keisha Renee vs. Noah Mac: “I’m So Lonesome I Could Cry”

This unexpected duo gave a tender rendition of Elvis Presley’s “I’m So Lonesome I Could Cry.” Both artists have unique packages: Keisha Renee is a black woman from Inglewood who strives to make it in the country music industry and Noah Mac is a studio kid with a gruff, emotional voice. Keisha comes off as professional, with a lovely, soulful tone that carries the storytelling, emotional quality of both R&B and country music. Noah has more of an unpolished voice with very rich low notes. Their differences made their duet sound great.

Blake smartly went with Keisha, who could carry him very far in the competition. But just in the nick of time, Jennifer went in to steal Noah, praising the emotional, caring quality of his singing.

Touting guitars, Mitchell and Dennis jammed out to this Counting Crows tune with a natural rock energy and ease. Both have country roots, but Dennis definitely has more of a rock flair.

The performance felt like a concert as opposed to a battle stage. Dennis has a unique raspy rocker tone. Mitchell, however, sang with conviction and passion, possessing a natural storytelling talent that caught Blake’s ears. Dennis definitely could have pushed harder vocally and there were a few moments where his stage presence was awkward. Miley and Jennifer told Blake that they would have picked Mitchell for his voice. Just when Carson Daly announced that Dennis was available to steal, Adam Levine swooped in. As a pop-rock frontman, I think that Adam can help Dennis with his stage presence. Who knows? Adam fared well with folksy alternative rock man Joshua Davis from Season 8. Dennis could easily be a dark horse.

Next: Is Adam Levine's Team in Cold Water? Team Adam advanced along nicely this week, but none of the performances particularly stuck out to me, even though one of them was a show-closer on Monday. Team Adam’s advisor, former teen heartthrob Joe Jonas, felt cipher-like and didn’t offer particularly significant advice. (A few contestants, however, admitted that they were fans of The Jonas Brothers and commented on how hot the DNCE singer was.)

Adam Pearce vs. Whitney Fenimore: “Stop Draggin’ My Heart Around”

Singing Tom Petty and Stevie Nicks is a tall order. I’m not sure if this Team Adam pairing entirely sold it for me, but they did a solid job. Their voices complemented nicely. Adam has a distinct rocker tone and Whitney has a soft, folksy Fiona Apple tone. But after a really energetic night, their performance almost felt subdued for a rock cover. The passionate, despairing message of the song didn’t come through for me, and I’m not sure if it merited show-closing steals from Miley and Blake.

This high school English teacher and esthetician gave this highly produced Justin Bieber and Major Lazer bop softer, more tender edges. Brandon came in with delicate, mostly smooth runs and Hannah gave the song a certain intensity. Between the two of them, I think Hannah had the wider vocal range and more power, but I preferred Brandon’s creative, understated approach to the song.

Next: Miley Cyrus Champions an All-Female Team on The Voice

Season 13 battles are chugging along so far, but I’m waiting for more battles that feel like performances as opposed to sing-offs. Miley and Jennifer’s teams still look impressively strong, but Blake’s understated country team may be growing on me.

Which are your favorite performances from the battle rounds so far? Let us know in the comments below!