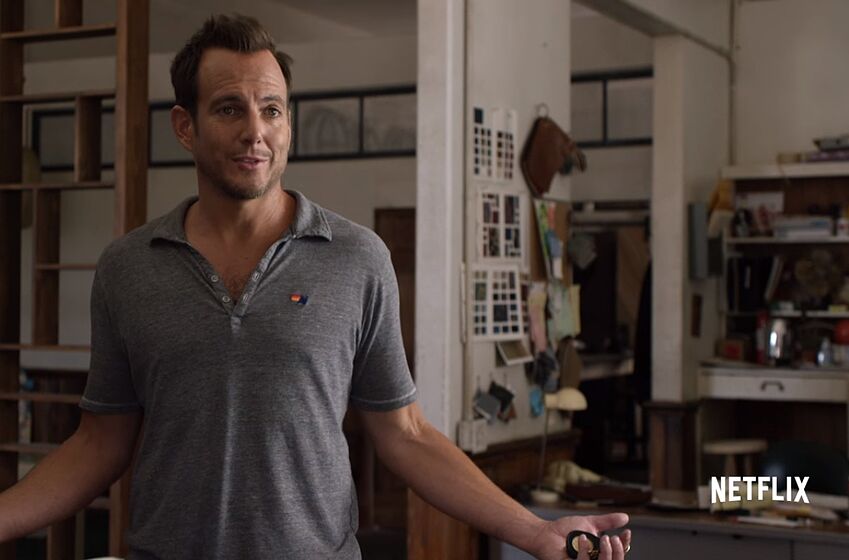 Flaked Season 1 premiered on Netflix on March 11, but fans are already looking forward to the potential of a second season. Here are the latest details on the dark comedy from Will Arnett.

Season 1 of Flaked was met with much excitement over the new series from Will Arnett as he continues to explore his darker side we first got a glimpse of in the first two seasons of Netflix original Bojack Horseman.

If you liked Arnett in either of the previously three shows, you’re going to like his portrayal as Chip, a recovering alcoholic living as a self-help guru in Venice, California. He has a dark past stemming from a drunk driving accident that killed a young man.

Chip is trying to untangle his past but finds himself in a love triangle with best friend Dennis and London who is new to Venice and has a mysterious past as well that leaves the viewer hungry for more of her storyline. Flaked evolves in the second half of the eight-episode first season from a comedy into a full-fledged drama, but it was that evolution that saw the show take off and has me eagerly awaiting news of a second season.

It also looks like we’ll have to wait about a year until we see more episodes of Flaked. It is almost a guarantee that Netflix will renew it for a second season with an anticipated release date coming in March 2017, after House of Cards Season 5 and before Daredevil Season 3 in all likelihood.

There hasn’t been any official confirmation from Netflix or the creative team behind Flaked, but these announcements usually take some time. It can range from a few days like the case of a second season for Fuller House or it can take a few months like it did for Master of None.

But bookmark this page because it’ll be updated with any news about Flaked and a second season.